Yes, the Frenchies have a reputation of mistreating their royalty, but these days they only cut cakes than cutting up king's heads.
With january coming up, you can find the famous Galette des Rois in every bakery and every supermarket across the country. 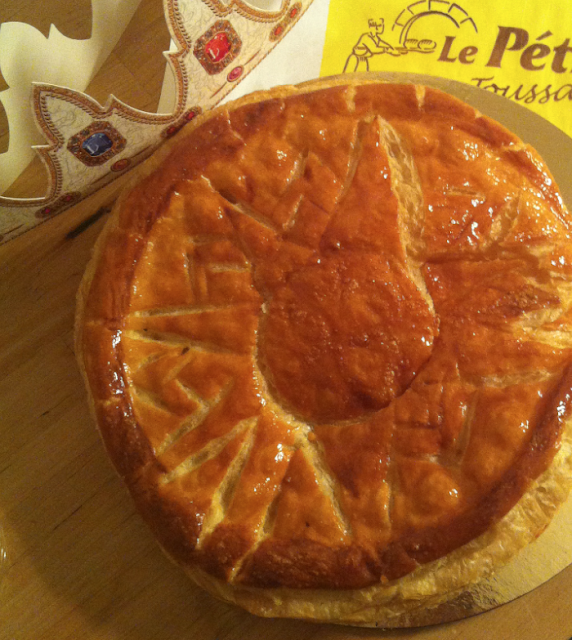 It is a frangipane filled puff pastry, served on the 12th day of Christmas - the Ephiphany. The day when the three wise men visited Jesus. According to tradition, the galette was to draw the kings to the Ephiphany.
A lucky charm, in french fève, is baked inside the gelette and whoever receives it in this part is crowned king or queen for the day...

Another tradition is to cut the cake in as many parts as there are people present plus one extra. This extra part is named part du Bon Dieu (God's slice), part de la Vierge (the Virgin Mary's slice) or simply part du pauvre (poor man's slice) and should be offered to the first poor person that comes in. 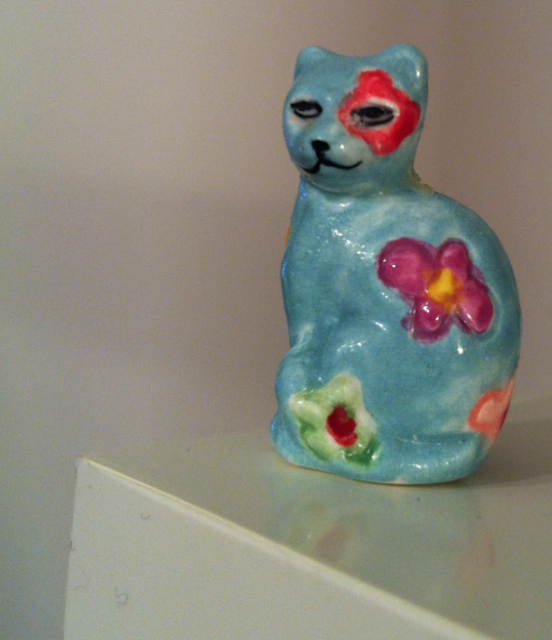 This was our this year's fève... Mietzekatze (Kittycat in german)

Funny fact that isn't funny at all... During the french revolution the name was replaced with Gâteau de l'Egalité which would be the equality cake... as the kings were a little démodé.

INGREDIENTS
2 sheets ready rolls puff pastry
140 gr ground almond
75 gr soften  butter
80 gr sugar
3 eggs
1 yolk
METHOD
Mix the butter and the sugar in a bowl, then add the beaten eggs and the ground almond- mix well.
In the middle of the first sheet of puff pastry, pour the filling. Lay the second sheet on top and roll the sides together towards the inside the cake. This prevents the filling from leaking out, the cake is sealed.
With a knife, draw lines in both direction to create a pattern of your choice. With a brush, spread the yolk on the whole cake to give it a golden color.
Pun in an oven for 30 minutes at 200 degrees.
Serve hot or cold!
Bon appétit
Posted by Un coup d'aile at 9:00 AM