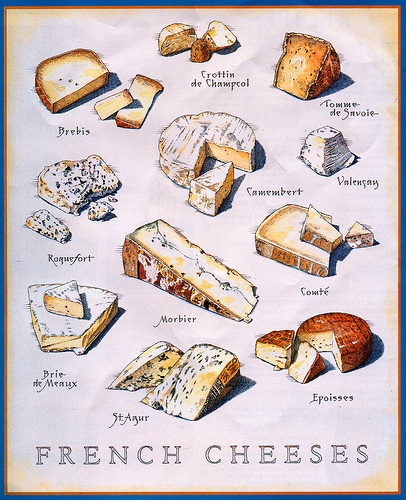 There are over 300 (some say over 1000) different kinds of cheese in France.
The French use to put them in 8 categories, as well known as les huit families de fromage. 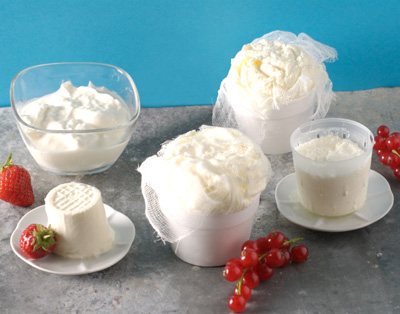 These cheeses are white and contain a lot of water. They are usually made from cow's milk and are not aged.
Normally they are eaten separately this is why you won't see them on a cheese platter.

The most common fromages frais are Le petit Suisse and Brousse.
It is similar to ricotta and can be used as such. I love them as a spread or in Pasta sauces. 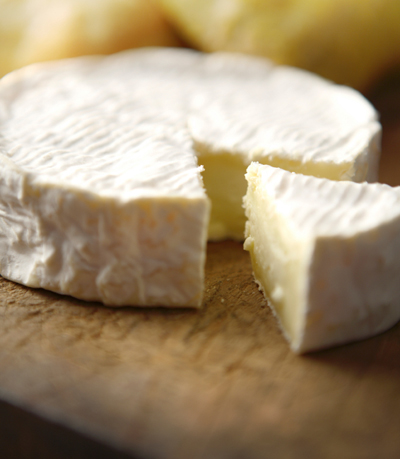 The cheeses belonging to this category are soft cow's milk cheeses with a white, floury surface. They are aged about a month.

The most known are Brie and Camembert.
They are amazing on a piece of bread with a little fig confiture... the taste is unbeatable! 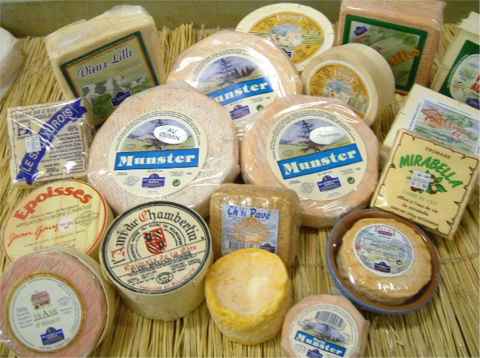 These cheeses are as well made of cow's milk but during the aging process they are being washed. This prevents the formation of surface molds.

The most famous cheese belonging to this category is Epoisses (featured here) but also Munster and Reblochon.


Epoisses is one of my absolutely favorite cheeses... With a nice glass of Red.... there is nothing better.
It really stinks but the French say, the more they stink, the better they are. And this really is true! 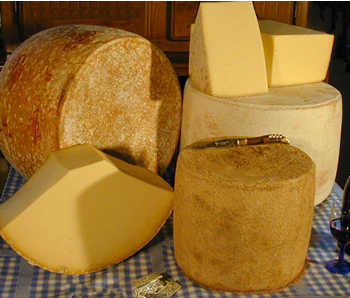 These cheeses are submitted to pressure which drains it's moisture. Afterwards the cheeses are placed in carefully controlled conditions and aged several months.
During the aging there are washed, brushed and turned so that the rind forms in an uniform fashion. 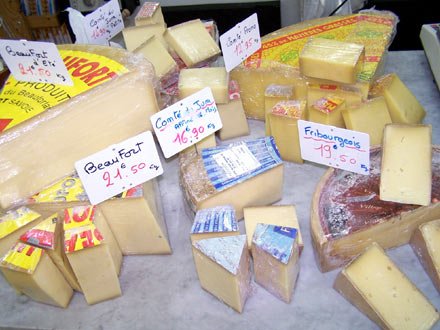 Before being pressed, the curd is heated for an hour. The cheeses are formed in large cylinders and are ripened for a long time.

My favorite cheese varieties belonging to this group are Comté, Beaufort or Gruyère which is similar to Comté but not quite the same. 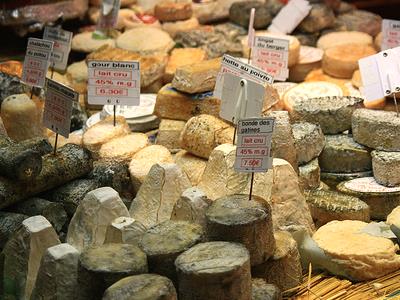 One could easily fit the goat cheeses in other categories but the French have so many different kinds of them, that they have given them their own family.

The most popular ones are Crottin de Chavignol, Pouligny Saint-Pierre and Selles-sur-Cher. 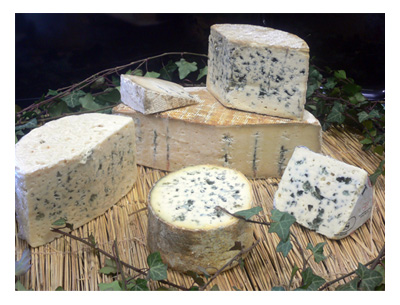 Rochefort is the most famous cheese from this category. It is made from sheep's milk and has a really strong flavor and smell. It is crumbly but melts smooth in the mouth.
I can't take more than one little bite.

Bleu cheeses are ripened a long time in dark and humid mountain caves.
Some of the other well known varieties are: Bleu de Bresse or Fourme d'Ambert. 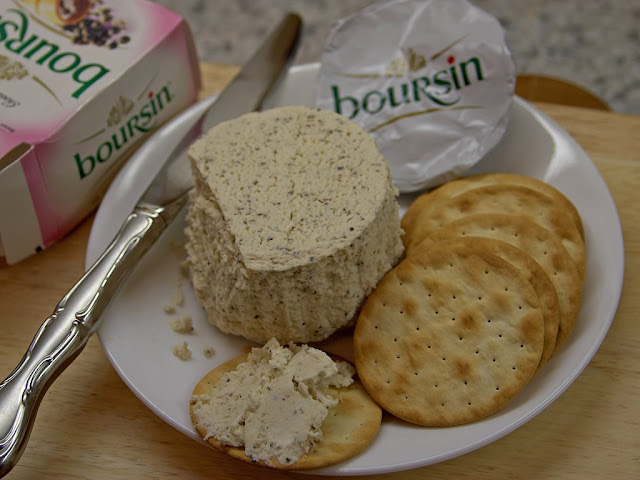 These types of French cheese are made from other cheeses blended together. You will rarly find one of those on your cheese platter. They are usually sold in small portions and can be flavored with herbs, pepper or garlic.
The French are used to spread them or eat them as appetizers.

Boursin is one well known example. 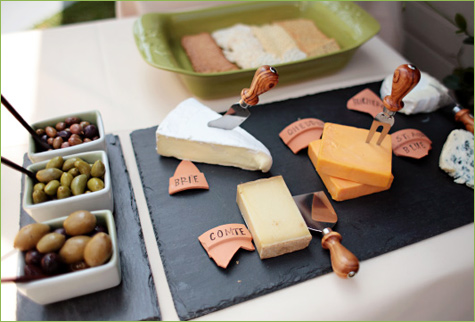 The cheese course is typically consumed after the main course. It is served as near to its original form (pyramid, wheel, slab) as possible to preserve its integrity along with bread and wine.

You don't have to serve 8 different cheeses at once. Try up to 4 varieties from different families.
Serve the cheese along with grapes,apples or figs, nuts and confiture/honey on a nice platter.
Make it fancy, enjoy eating!
Eat your cheese on its own and use the bread as a palate cleanser. 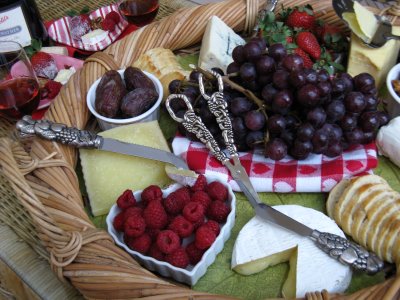 Keep your cheese unpacked and at room temperature prior to eating. The order of eating should be from stinky/strong to mild/soft.

Next week i will show you how to properly cut your cheese... there are utensils to do so... so stay tuned!!
Posted by Un coup d'aile at 8:00 AM