This was my first attempt to make a raspberry Charlotte....
Actually it is quite easy, one needs just to place the Lady fingers nicely...

There is a doubt on the origins of the name Charlotte.
Despite the fact that Chalottes are served across Europe, some say it is a corruption of the old english word charlyt, meaning a dish of custard.
Meat dishes were popular in the 15th century and were known as charlets.

Others say that this sweet dish took its name from Queen Charlotte-wife of George III of UK. But most certainly it is possible that the dessert takes its name from the Russian Emperor Alexander's sister in law, Charlotte of Prussia (because there exists a Russian Charlotte and a Charlotka)

This is my result: 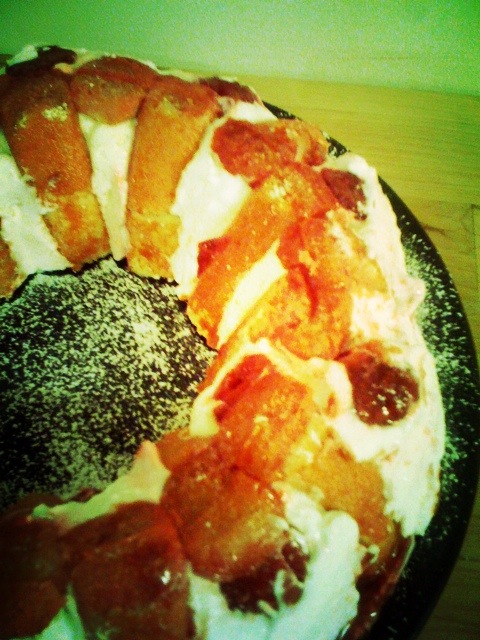 I used a special mold and am not quite satisfied with the looks, but for a first try, it is not bad.
Here i have to say that everything i cook or bake is tasty but doesn't look neat.... i suppose i have to keep on practicing...
INGREDIENTS:
Lady fingers
Frozen raspberries
Whipped cream
Raspberry juice (or any other)
a mold
METHOD:
Dip your lady fingers carefully in the juice, than layer in the mold.
Beat cream until it holds stiff peaks, add some raspberries, blender others to obtain a smooth raspberry sauce.
Spread the whipped cream evenly, lightly press the cookies on top and chill.
(We had - 8°C the other day, so i left my charlotte on the balcony for an hour.... and i almost got ice-cream)
Serve with raspberry sauce.
Bon appétit
EDIT: this was the second time around.... much better isn't it??? keep on practicing the mastering!!
This one features strawberries.... me likey!
Next time i'll make one with cherries or blueberries.... 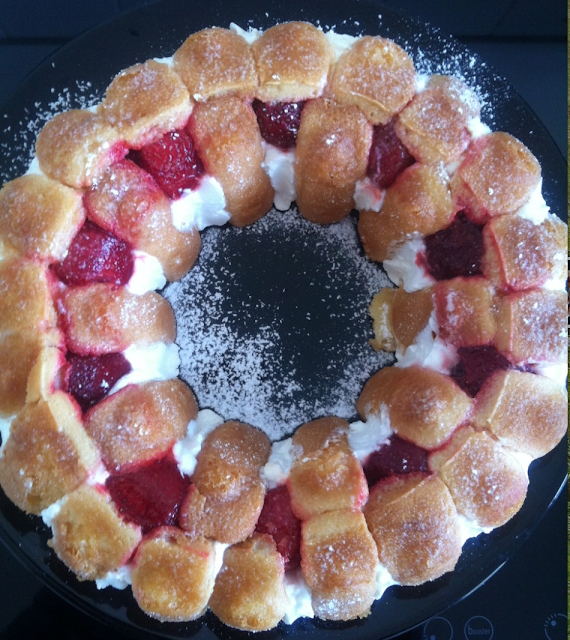