I meant, have you ever dined above the clouds or under the deep blue sea? No...?
Maybe you should plan your next trip around these 6 Restaurants i've picked out for you. 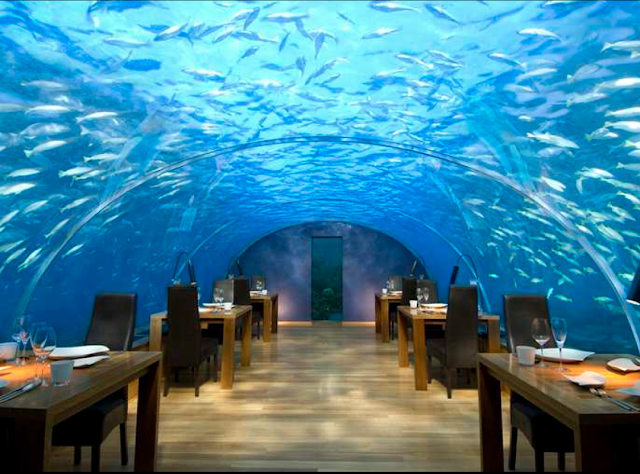 The world's first all-glass underwater restaurant opened in April 2005 in Rangalifinolhu, Maldives.
Ithaa  which means "pearl" in Dhivehi, is a five star restaurant that seats only 12 guests.
That is also the reason the restaurant is booked up to 14 months in advance.

This restaurant is submerged five meters below the Indian Ocean and offers a 360 panoramic view on corals and marine life.
Imagine you're dining on fish and its mother is looking right down on you...

I think lunchtime would be the perfect time to enjoy your meal here, since the view is at it's best when the sun is shining. 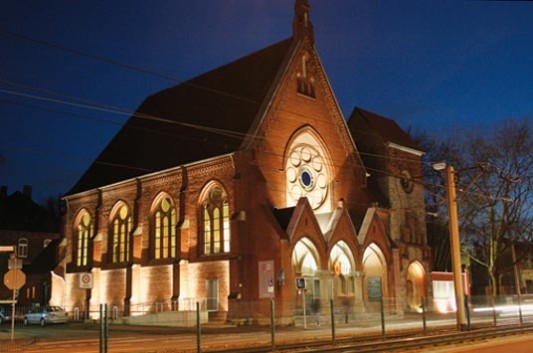 This could be my favorite proposition in the today's post because the church carried my name.
This ancient  Martini Church has been transformed into a restaurant and opened its doors in 2005.
It is to be found in Bielefeld in Germany and calls itself nowadays Joy and Happiness. 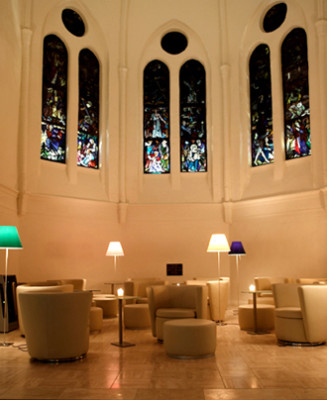 I have a thing for Churches and this one, even if it is restaurant now, never has lost any of its magic. 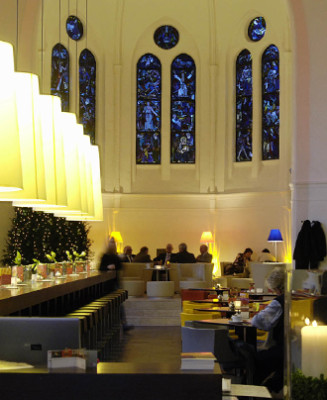 
This is the highest restaurant in the world and you are literally dining on top of the world.
It is placed in the 124.th  floor of the Burj Khalifa in Dubai. 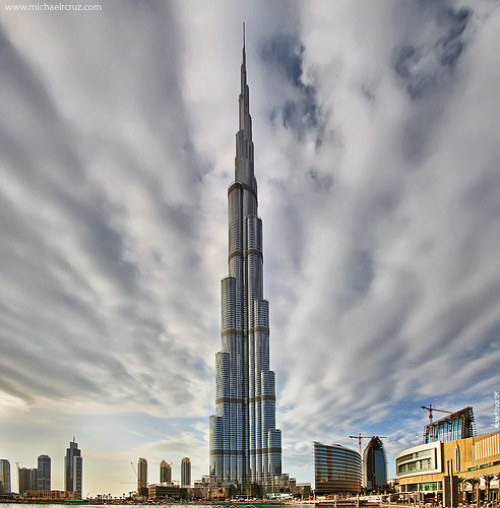 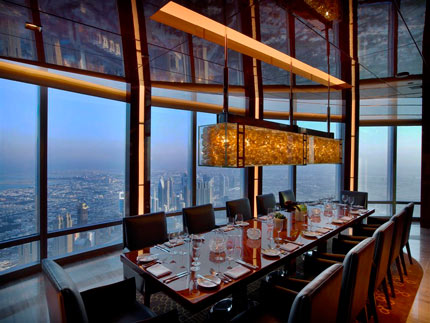 And this would be your view at the Emirates.
It is breathtaking and nothing for those with fear of heights. 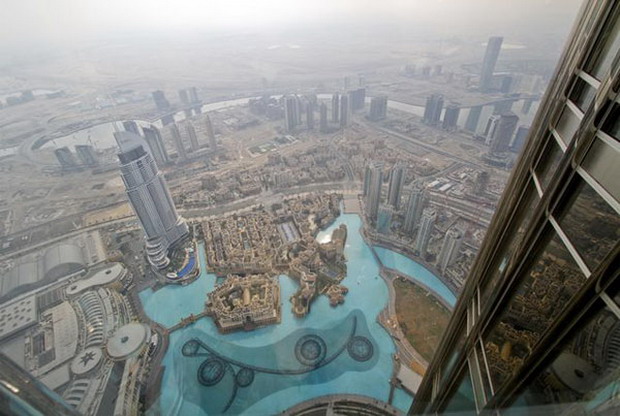 
Each year in late November, about one thousand trucks loads of snow are used to create the Snow Village in Finland - a complex of ice and snow, changing shape and size every winter. 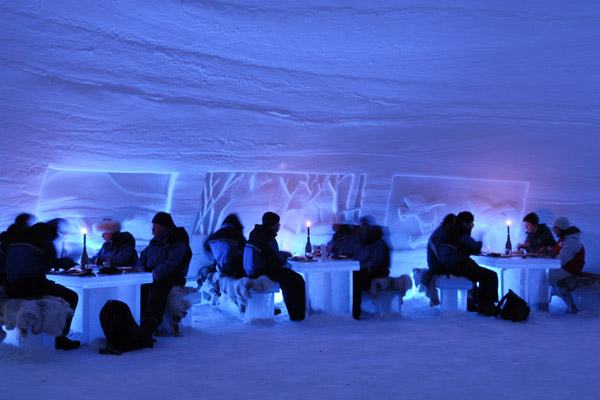 If you are interested in lappish food, Snow Village has two restaurants at your service. 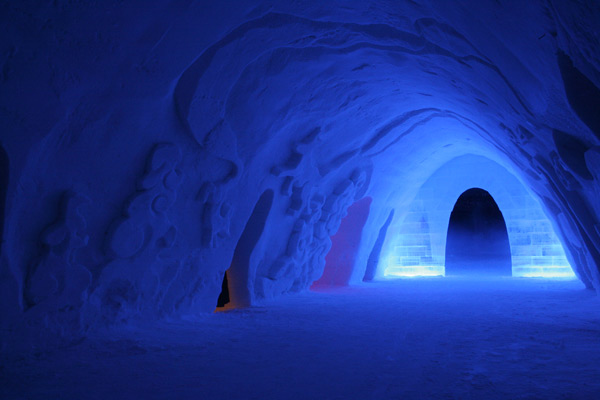 
The last restaurant i am presenting is a huge Treehouse near Auckland, New Zealand. 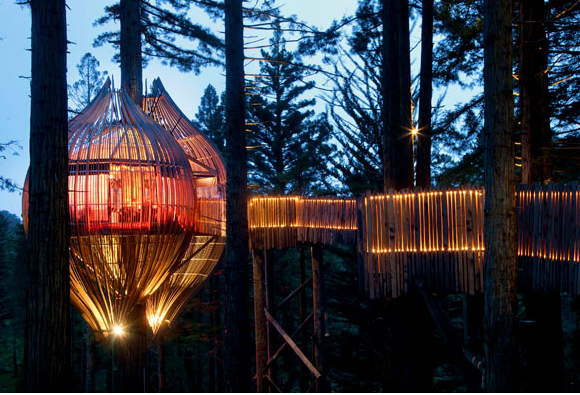 Nestled amongst a redwood forest in the picturesque Warkworth region, this restaurant offers you a dining experience which bring your childhood dreams on a new level.
I think everyone once dreamt of having a treehouse for him or herself... so did i. 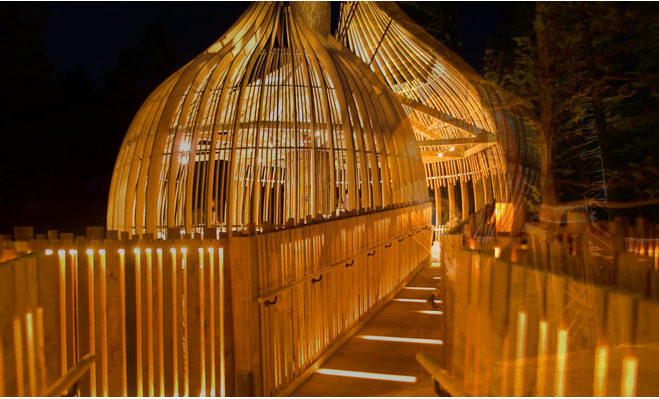 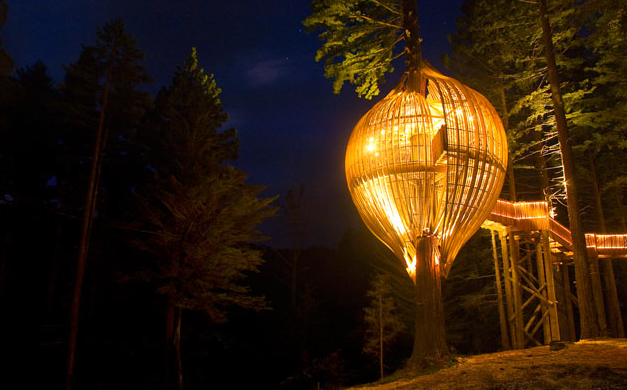 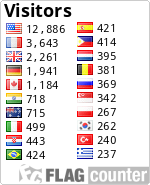